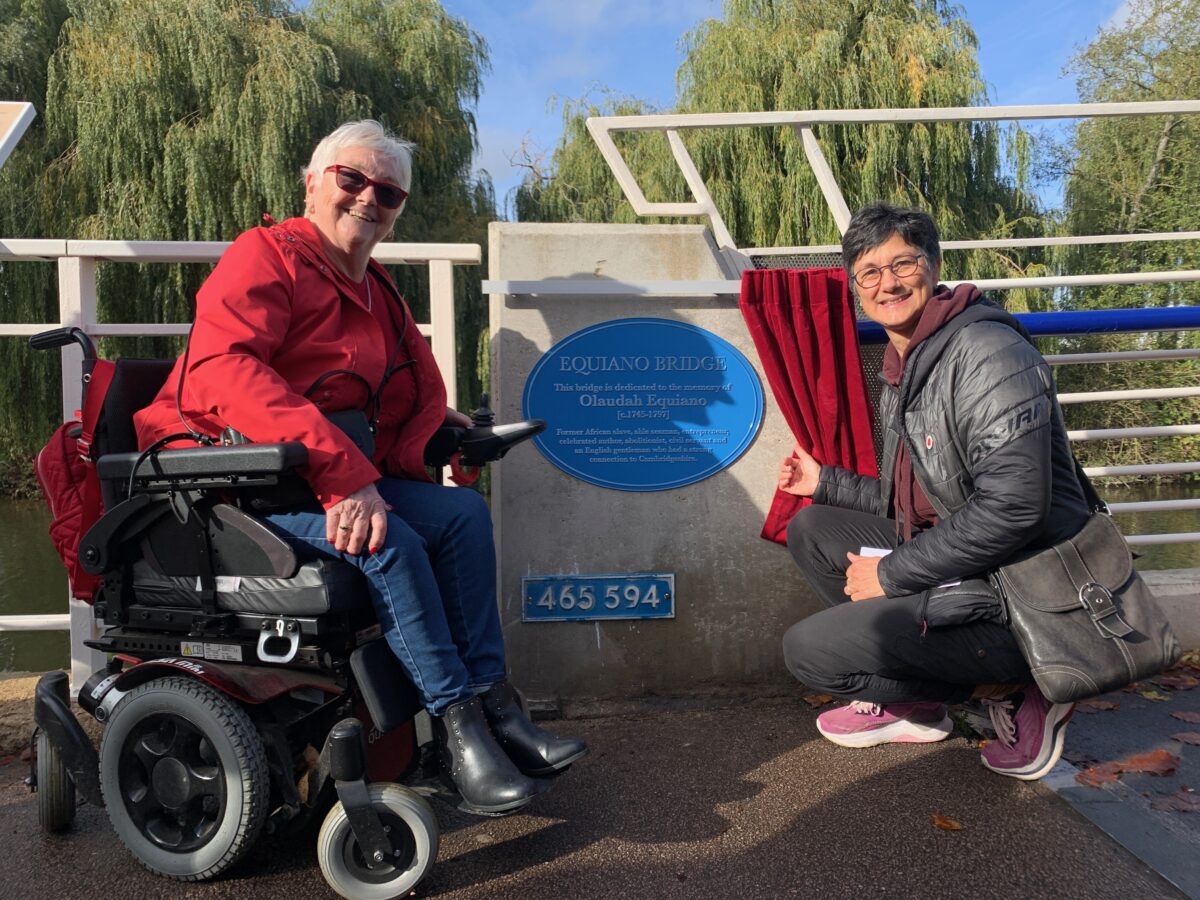 This morning I joined hundreds of other people at the official ceremony to name the Equiano Bridge on Riverside. Along with other councillors including Gerri Bird, Hilary Cox Condron, and Neil Shailer, Cambridge Mayor Jenny Gawthrop Wood, and combined authority mayor Nik Johnson, we heard speeches from those involved in the campaign, and saw the plaque unveiled.

This marks the end of a successful campaign started by Cambridge African Network and Circles of Change, Cambridge and supported by The Equiano Society, London, and was a wonderful way to celebrate the last day of Black History Month.

The bridge is named for Oluadah Equiano, born in Essaka – modern day Nigeria – who was enslaved at the age of 11 but eventually bought his own freedom and settled in London in later life. He was a powerful advocate for abolition, and wrote an autobiography. He is generally acknowledged as the first political activist within Britain’s African community in the 18th century.

Oluadah Equiano had several ties to Cambridge through his work with Cambridge-based abolitionists. He married Cambridgeshire woman called Susannah Cullen and one of their daughters, Anna Maria Vassa, is buried in St Andrews Church in Chesterton.