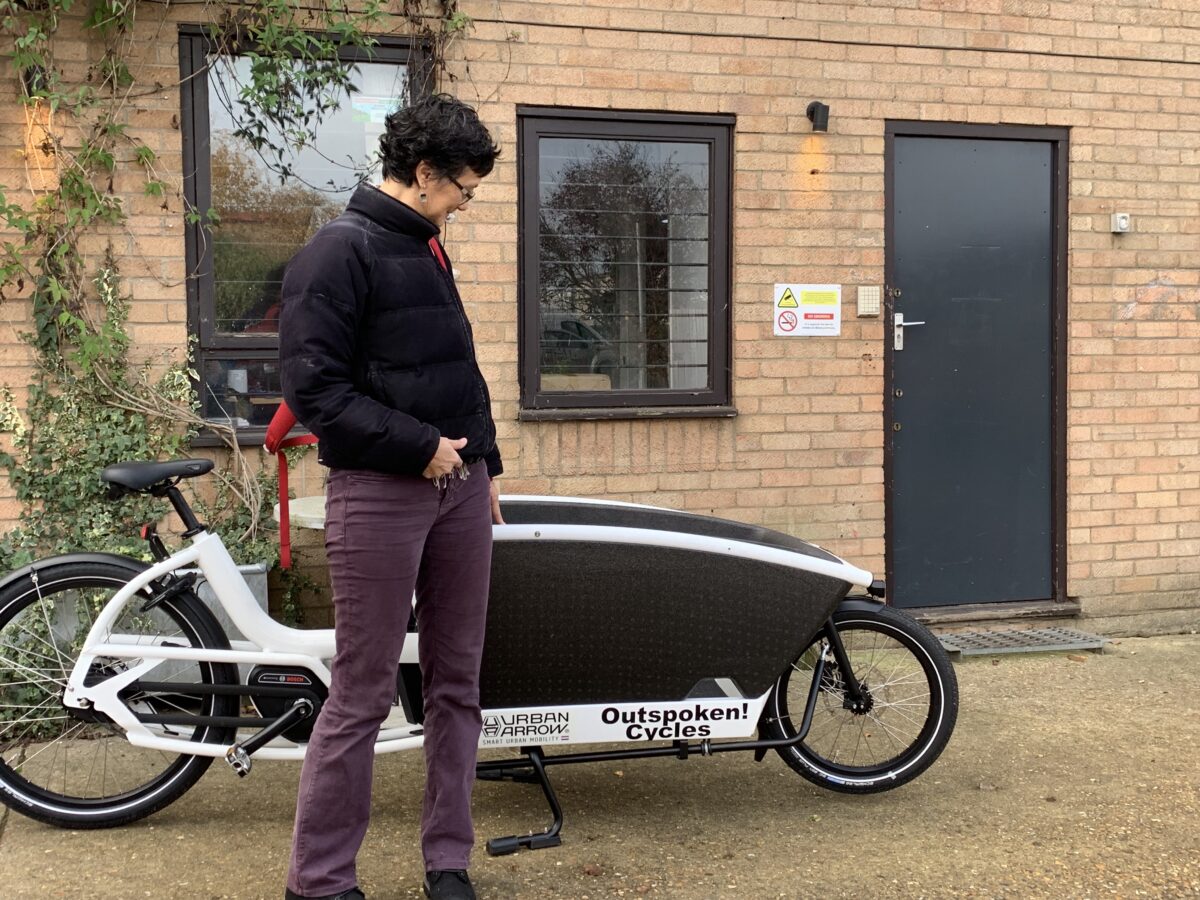 On Saturday morning I visited the Bike Depot on Cowley Road, which is also the home of Outspoken Cycles, and tried out one of Urban Arrow’s electric family bikes – it’s the same frame as their cargo bike but with a seat rather than a box.

After a short introduction to how the gears and motor worked and some sound advice on how to steer a much longer bicyle from Rob, I found it remarkably straightforward to use, and was soon whizzing along with a smile on my face. Because the motor only works while you’re actually pedalling it feels safer than a motor bike or scooter, and steering soon felt natural.

I can really see how one of these would fit well into my life, and encourage me to jump on my bike instead of the car.