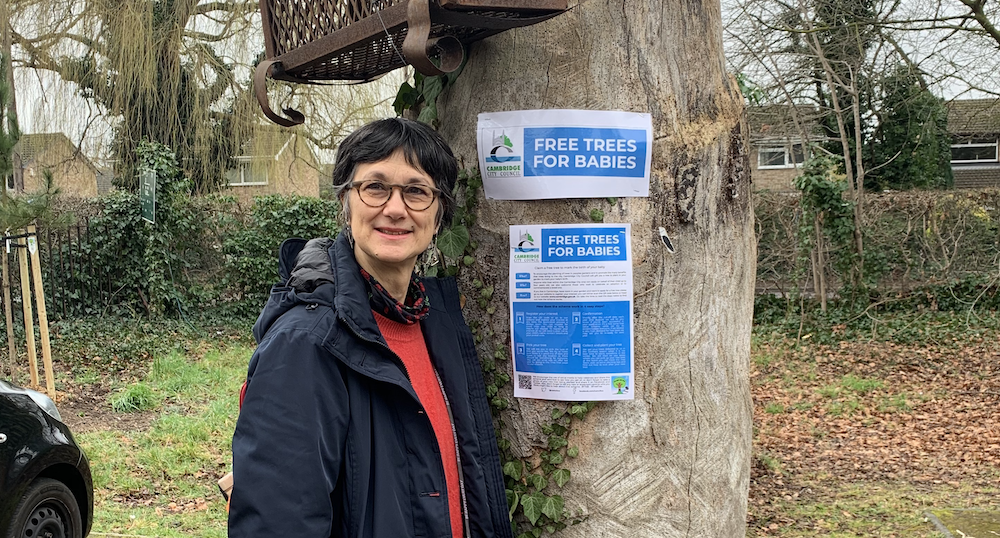 In May this year Cambridge City Council declared a biodiversity emergency and pledged:

to provide leadership and to ensure that we work with all organisational departments, partners and our communities to reverse the decline in biodiversity and deliver measurable biodiversity net gain within Cambridge and the wider region.

I was proud to propose the motion, and as I introduced it this is what I said:

I’d like to stand before you and say how pleased I am that Cambridge City Council is leading the way in acknowledging the significance of species collapse, and pledging action, but I can’t, because I fear that even this will be too little, too late.

I hope I’m wrong, and that what we do today makes a contribution to turning us away from the ecological and agricultural disaster that faces us

I hope that we can look back on today and say that it marked the point where we not only took the issue of species loss seriously but put proper effort into developing measures to deal with it.

It’s not that we have done nothing to date – this City Council takes climate change, food policy and biodiversity seriously – but that we aren’t yet treating it with the sense of urgency it deserves.

That can change today.

And it’s about time it did. We have known what is happening with climate change, global heating and species collapse for decades – as far back as 1992 a biodiversity convention was adopted along with a climate change convention at the Rio Earth summit.

Yet we have wasted time since then and done so little that we are on track to a four degree rise in global temperature, with all that implies for our current way of life.

We have serious concerns not just that we will lose species that we treasure, but that we will lose so many species that the food web itself will collapse and we will be unable to sustain agricultural production.
So if the science was clear in 1992 why didn’t we act then? We know the answer: business-as-usual put in place huge resistance, denied the science and confused the public.

Now the issue is taken more seriously – earlier this year we joined with other councils to declare a climate emergency, and thanks to the Labour party parliament did the same.

We have heard what Greta Thurnberg says, listened to the arguments put forward by Extinction Rebellion, and considered the scientific consensus expressed in the Intergovernmental Science-Policy Platform on Biodiversity and Ecosystem Services (IPBES) reports on global species and habitat loss.

We recognise that there are limits to what we can achieve on our own. Like every other local authority trying to do its best for the environment like Manchester and Newcastle come up against what I call the ‘green ceiling’, where our policies hit up against the restrictions put in place – first by the Tory/LibDem coalition and now by the Tories on their own, sacrificing species and our children’s future to their ideological pursuit of austerity and an agenda set by the fossil fuel industry.

But we will do what we can – both to make a difference and to inspire others.

We will make sure that our open spaces are more hospitable to wildlife and increase the number of wildflower meadows.

We’re working to stop spraying herbicides where we determine the policy.
We will monitor planning applications to see that they deliver net biodiversity gain.

We will continue to develop the City Council Nature Conservation Strategy, offer advice to residents and businesses on how to protect and enhance habitats, deliver on the City Council Sustainable Food Policy to support urban agriculture, and move to ensure new council housing offers net gain of biodiversity with features like integral swift boxes, biodiverse green roofs and hedgehog highways.

These are just examples of the ways in which our environmental principles must be considered and integrated across all areas of policy, as we begin to rebalance the relationship between humans and the Earth and attempt to find a way to live in harmony with our home.

With this motion, the City Council offers not just a statement of intent but a plan of action, one that we believe will encourage others to follow suit. We want to make a difference in Cambridge, and we want that difference to inspire others around the world, to secure all our futures.